The North coast of Thanet can be a little bit unusual weather-wise.

This last weekend (26-27/9/20) has been a case in point. Following on from the previous weekend’s warm temperatures, but pretty breezy NE’ly winds, and a hot Tuesday (32C recorded at Manston Airport, 29/9/20), the latter part of the week went bad, and by Friday evening the temperature had plummeted to about 9C and the winds were once again in the NW-N’ly direction. Not a named storm this time, just a fairly localised East Coast phenomenon that received no recognition whatever from the usual culprits in the news media.

Whereas the weekend of the 19th and 20th had seen Spring Tides of around 5.1m and the wind was strong, there were no major problems. A couple of the remaining beach huts at my local Westbrook Bay just about got their feet wet, but nothing more. It could have been worse but there was no tidal surge as these rarely accompany the NE winds.

In contrast, the weekend of 26th and 27th saw Neap Tides of just 4.1m, but much stronger and sustained winds of around 35mph with gusts of over 60mph from the N and NW for a 48 hour period. It was fortunate that the tides were neaps, otherwise the accompanying storm surge would have surely uprooted several of the beach huts, despite the chains holding them to the promenade wall. Several did sustain minor damage in the form of ripped bitumen roofing and torn-off battening. The main structural damage was to a nearby building site on the sea-side of the new complex at the old Royal Seabathing Hospital. This was surrounded by scaffolding which was covered in plastic sheet cladding for protection. Unfortunately this blew out completely from the direct onslaught of the North wind. 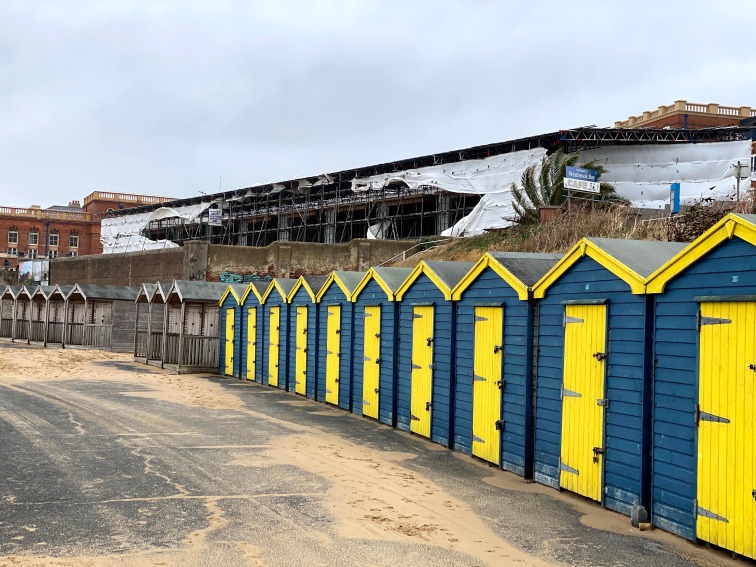 In addition there was a substantial build-up of sand on the promenade, and although all the beach huts were largely intact, many found themselves behind 2-3 foot drifts of sand that had astoundingly built up in front of the promenade lip over the hours the storm had raged.

These photos show the amount of sand on the promenade itself. 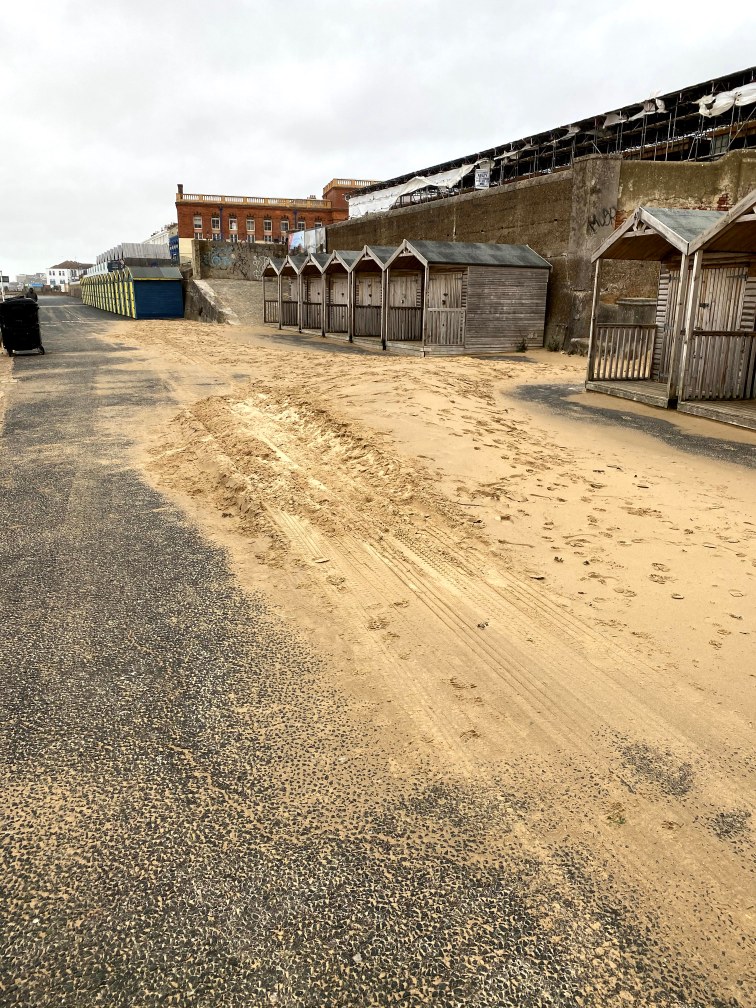 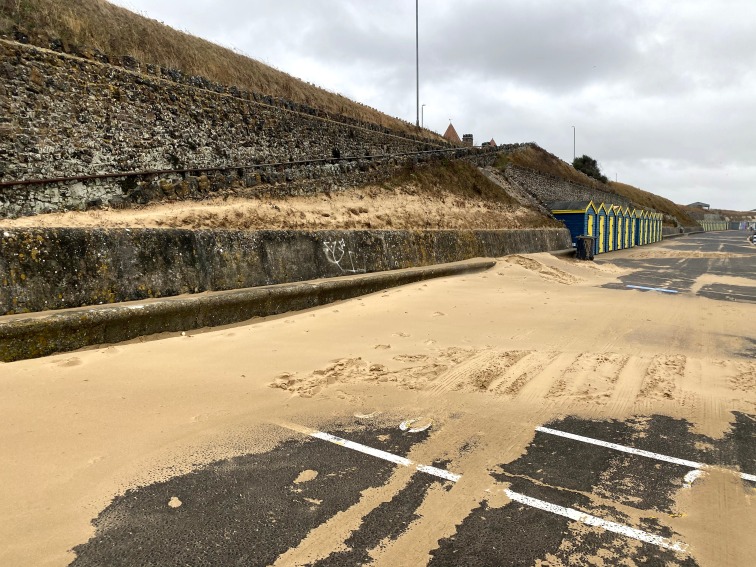 This event was more interesting from the point of view of the fact that it is still only September, the sea temperature is at its highest of the year (18C) and somewhat unexpected after the recent high temperatures.